Build a Growth Mindset Now for What's Next

Sevwins joins Tackle What's Next for a conversation on the importance of building a growth mindset both on the field and off of it. Our speakers, Greg Moore, Albee Weiss, and Reggie Hanson, discussed what growth mindset is, the steps you can take to build it, and the benefits of building and maintaining it.

Learn how coaches, athletic directors, and parents can encourage and support athletes in the growth mindset process. Plus, understand how athletes can take better advantage of this throughout their lives, even when their career playing sports ends. 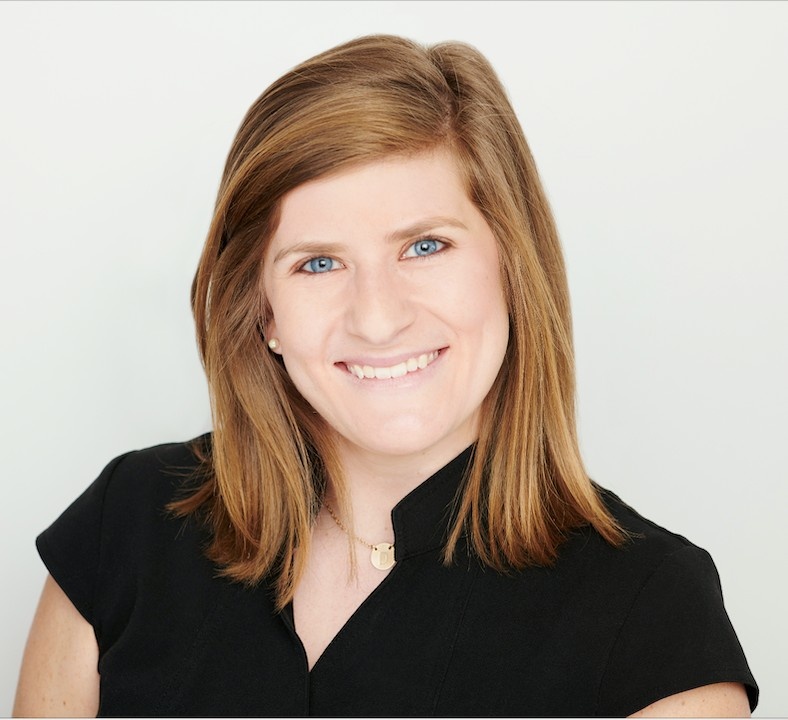 Danielle Berman has dedicated her career to helping athletes understand their full potential. She believes that athletes should be supported as individuals with unique skills, passions and interests rather than a cog in the sports industry machine.

That's why she founded Tackle What’s Next, where she serves as CEO, to provide athletes with the structure, community and accountability they need to be successful in all aspects of life after the game. Tackle What’s Next aims to provide athletes with a safe space to discuss the challenges and opportunities that come with transitioning out of sport, plus share important resources that can help. Danielle is a super connector and finds so much joy in connecting people to the contacts and resources they need to reach their goals.

Athletes also do so much great work in the community, and it inspires her to see the good that so many athletes continue to create. Danielle works to further educate athletes and nonprofits on the best ways to work together to create social impact. Rather than recreating the wheel or competing against likeminded initiatives, she encourages athletes and nonprofits to work together and bridge the gap between sports and philanthropy to create sustainable community impact.

Danielle has worked with both current and former college and pro athletes for nearly a decade and is passionate about helping every one of them achieve their goals outside of sport. 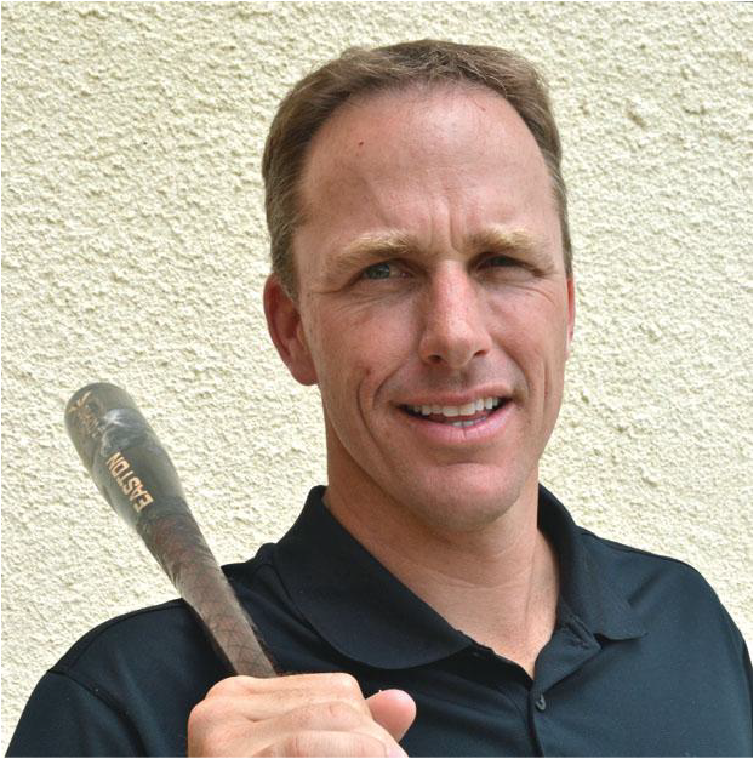 As a co-founder of Sevwins, Greg is the brains behind the Sevwins movement. In his near 20-year collegiate coaching career and as a former Division I pitcher and catcher, Greg studied athlete behavior to identify ways to inspire action. He is widely known as a top collegiate coach that helps players develop mental skills, values and habits to achieve success. This approach to coaching, combined with deep experience, led him to expose his philosophies to the world through Sevwins.

Greg Moore was named Saint Mary's College of California head baseball coach in June of 2019. In the Summer of that same year, he was appointed pitching coach to the USA Baseball Collegiate Team (CNT). Moore previously served as the head coach for Cal State Northridge over the past six seasons.

While at Cal State Northridge, for his work both on and off the field, Moore received the 2017 National Consortium of Academics and Sports' (NCAS) prestigious National Student-Athlete Giant Steps Award. The NCAS awards individuals who use sport as a vehicle to inspire others to do great things using the positive aspects of sports.

In 2018, Moore led the Matadors to their best Big West Conference finish (third) in 16 years. CSUN won five conference series including three on the road for the first time since 2002.

From 2014-16, Moore served as a member of the coaching staff for USA Baseball's U-18 National Team. Serving as pitching coach to the team, he has helped Team USA to gold medal victories in international competition in 2015 and 2016. Moore began his tenure with Team USA in 2014 for the Tournament of the Stars and National Team Trials before becoming the team's pitching coach in 2015. Greg Moore was previously named by Baseball America as one of the Top 10 Assistant Coaches in College Baseball.

Moore began his collegiate coaching career at USF in 2002 as an assistant coach and recruiting coordinator for the Dons. In that role, Moore developed Diamond University, a life skills training program for student-athletes that he still uses today. He served in that capacity until 2009, when he took a position as the pitching coach at the University of Washington for one season before heading back to his alma mater.

While at USF, Moore coached three first-round draft picks and eight players taken in the first 10 rounds of the MLB Draft. Before his arrival, the Dons had never competed in an NCAA Regional. During his tenure, USF reached the NCAA Tournament three times, including twice in his last three seasons.

Moore played collegiate baseball for San Francisco and was named to the West Coast Conference All-Academic Team in 2001. As a player, he won the team's "Most Inspirational" award in back-to-back seasons and the award now bears his name. Moore earned his bachelor's degree in Public Administration and completed his master's in Sports Management at USF in 2001. 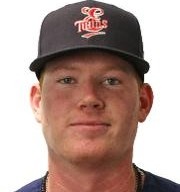 Albee Weiss is a former standout baseball player at California State University, Northridge. After graduating in 2018 and joining the Minnesota Twins organization, Albee founded a production company, Moon River Productions. He is currently involved in the production of projects for Netflix, in addition to writing two new series that will be pitched this Fall to all major networks. Outside of the entertainment industry, Weiss oversees the investment strategy and marketing for a new retail development project in Southern California. But wait, there’s more. Albee is the Vice President at SearchesUSA, a headhunting firm for technology companies. In parallel to his business ventures, Weiss continues to pursue his professional baseball career. 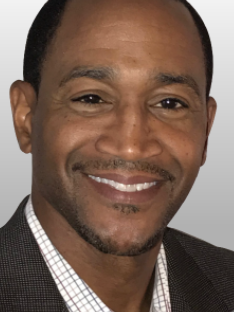 Reggie started his coaching practice, Hanson Coaching & Consulting LLC, to add value and inspire people to be more conscientious about their own talents and abilities while helping them realize their full potential, accomplish their goals and release the fear, to find their life purpose so they can live the life they desire and deserve.

He is a Certified Professional Coach through World Coach Institute with over 20 years’ experience helping people become more diligent about their own skills and competencies while in coaching, leadership, and management roles. He is the President of Hanson Coaching & Consulting LLC, which specializes in, professional life coaching, career development, motivational speaking, leadership development and mental health activism. He is also a Board Member of a Non-Profit foundation that his daughter started called StayWhole Mental Health Foundation with a focus on mental health awareness workshops and programming within the community. He is the President of StayWhole Wellness & Media LLC which focus on mental health counseling and well-being. He is also Certified in Youth Mental Health First Aid.
​
He graduated from the University of Kentucky with a degree in Education and was also an ALL- Conference member of the basketball team. He coached college basketball for 13 years. 7 at the University of Kentucky and 6 at the University of South Florida. He also coached professionally in Japan. He was named one of the top 25 recruiters in the country. An attest to his ability to communicate and build strong lasting relationships.
​
During Reggie’s playing career at Kentucky, the university went through some very difficult times. Difficult times that wiped out some of his goals. He had opportunities to continue his career elsewhere during those difficult times and continue chasing those goals but decided to stay, be loyal and help the university return to prominence. For this he had a history making award created in his honor called “The Reggie Hanson Sacrifice Award”. This award was given to the player who made great personal sacrifices for the sake of the team each season. Credence to his commitment to sacrifice personal gains in order to put others first to help them succeed.
​
He is the Author of “10 Life Lessons: Learned as a Student Athlete”. He uses sports as an avenue to teach life lessons. Reggie knows that sports is a great metaphor for teaching life lessons. His book takes on all the experiences he encountered during his playing career at Kentucky and reveal how they translate to real life lessons and teaches how to attack, overcome and be successful with those life lessons. This book is for anyone that is seeking more direction in conquering life lessons.